INCO terms you need to know before importing a used machinery 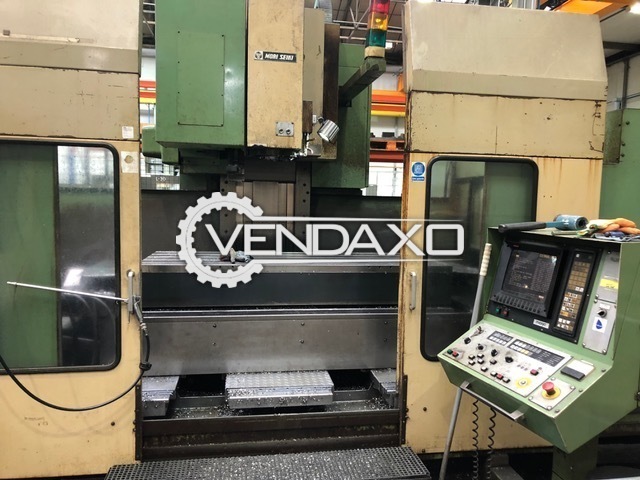 Incoterms are international commerce terms published by the International Chamber of Commerce and are used by traders to understand key details in domestic and international markets. They inform the concerned parties about transport of goods, export and import clearances, duties to be paid, legal requirements, division of costs and risks involved in the trade. Incoterms are accepted by government authorities, legal bodies and manufacturers worldwide as key elements of contractual sales.

The newest version ‘Incoterms 2010’ was released in January, 2011. The next revision is expected to be in 2020, for which planning has already begun. Here is an overview of the Incoterms currently in use.

Applying to Multimodal Forms of Transport:

This term requires the seller's minimum obligation, since he only has to place the goods at the destination for the buyer. The buyer must carry out all tasks of customs clearance and carriage and insurance both have to be arranged by the buyer. It has a named place of delivery.

This term represents that the seller delivers the goods to the carrier selected by the buyer at the decided place. Export and freight cost to the named location has to be carried out by the seller. If the buyer requires the seller to obtain insurance, CIP (Carriage and Insurance Paid) should be considered instead. It also has named place of delivery.

It is the same as CPT (Carriage Paid To) except that the seller also has to procure insurance for the risk of loss or damage during carriage. Applies to all modes of transportation.

This term is for named port or terminal at destination. Seller pays for carriage cost, and bears all risks up to the point goods are unloaded at terminal. However import clearance is borne by buyer.

DAP applies to named place of destination. Similar to the DAT (Delivered at Terminal), the seller pays for carriage to the named place, except for import clearance costs, and bears all risks until the point that the goods are ready for unloading by the buyer.

This term represents maximum obligation to the seller. This term should only be used if the seller is able to directly or indirectly procure the import license. The term means the same as the DDU (Delivery Duty Unpaid; not included in 2010) term with the exception that the seller also will assumes all costs and risks of carrying out customs clearances.

Applying to Seas and Inland Waterways:

It indicates that the seller delivers when the goods are placed alongside the vessel at the named port of shipment. Although the seller is required to clear goods for export, the buyer bears the costs and risks for goods from that moment. Used for ocean transport.

This term indicates that the seller delivers when the goods leave the ship at the named port of shipment. The buyer is required to bear all costs and risks up to that point. Seller clears goods for export. If the concerned parties intend to deliver the goods across the ship's rail, then this term should be used, otherwise use FCA (Free Carrier). Used for ocean transport.

Similar to FOB, the seller must deliver when the goods pass the ship’s rail at the named port of shipment. Seller pays the freight costs required to bring the goods to the destination. Risk of loss/damage as well as miscellaneous costs are transferred to the buyer. Seller clears goods for export. Used for ocean transport.

This term is the same as the previous CFR term except the seller must procure marine insurance against the loss or damage of goods.

*Bear in mind that in common law countries, the ocean terms apply to inland waterways as well.

·       Delivery: The point in the transaction where the risk of loss or damage to the goods is transferred from the seller to the buyer.

·       Arrival: The point named in the Incoterm to which carriage has been paid.

·       Free: Seller has an obligation to deliver the goods to a named place for transfer to a carrier.

·       Terminal: Any place, whether covered or not, such as a dock, warehouse, container yard or road, rail or air cargo terminal.

·       To clear for export: To file Shipper’s Export Declaration and get export permit.

·       Carrier: Any person who, in a contract of carriage, undertakes to perform or to procure the performance of transport by rail, road, air, sea, inland waterway or by a combination of such modes.

·       Freight forwarder: A firm that makes or assists in the making of shipping arrangements.